Site Ed. Note: Today, came by our offices another old friend, Sean Seano'sea. Sean is a wandering bard, a poet of old time, who goes from coffee house to coffee house around the country looking for what he calls "Truth". He comes from Ireland, having been in the country now some 50 years or more--he forgets when he arrived--and so has lost much of his Irish farrago. Still, the sound remains indelibly, though he claims it is now strictly American. He said that he had been reading our notes and the pieces here for awhile and wished to read, if he might, the Robert Browning poem from whence the two lines came in the Cash piece we referenced Saturday re the death of Carole Lombard, this time in cruel fact, in the wild mountain hills surrounding Las Vegas. So tender was his request, though we most usually eschew over-sentiment here, we agreed and so, here is Sean's reading of the poem.

Page seven of The News today tells of the progress in the Pan American Conference, among other things, that the countries were lining up with the United Nations, with the exception still of Argentina and Chile, though they also seemed ready to be wheedled to agreement.

Somewhere between "They So Lived", on the day commemorating in the South Jackson and Lee, "Mr. U Saw", the Burmese quisling caught in time by the British before he sold out to the Japanese to avoid the consequences of the rout of his country, and the letter to the editor, "Parking Meter Philippic", on the inevitable consequences to be obtained from the presence of the little weather vanes which pop up to clock the expiration of time rented on the street, wethinks this day, on the eve of the inauguration of the new President, causing us to drift back to one frosty January day in 1961, we shall simply coast a little here and instead of writing much, simply re-publish a photograph we put forth once before a little over three years ago. If you cannot make it out, look more closely. Start at the upper left corner. There you will see a puggy. On whose back he is riding remains subject to interpretation. Then, at the center, the dusty horseman in a derby hat with a little girl facing him. And some other things.

What are they? How did they get there? Good questions. Perhaps, one day we shall have a definitive answer. "Paradise Lost" might be its title. But there is always and always Paradise to be Regained, as well. It is time to dream again. And to those who say, with cryptic sarcasm in their dimly forecasting voices, "You're dreaming", say back right directly: "Quite rightly, mate. But are you Dell-aware? And are you Younger?" 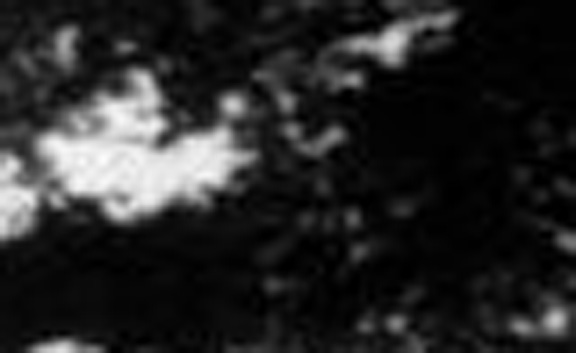