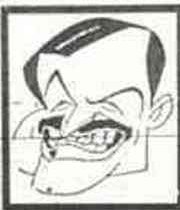 Site ed. note: Cash tried constantly to nudge his readers forward into the realm of ideas--as opposed to sentimentalized frames of the Ozed and Winded world of their stimulated conjurings, no matter how puissant the attempt and effect of that stimulus; he also attempted the same with writers, great and fameless. The critique was performed more to encourage the would-be writers to strive for truth in writing than to impress the actual subjects of the review who he knew would not likely see the Charlotte print in any event. Here, he takes on the Great Hemingway--and, when the facts of the time are checked on Hemingway's then seemingly faltering style as a writer, with credulity. Whether Hemingway ever got wind of the criticism from the then known-only-for-the-Mercury-and book-to-be "Dr. Cash" (a tongue-in-cheek moniker dubbed him by some of his News colleagues ever-impressed with his command of ideas), is quite unknown. (One must bear in mind, however, that the Knopfs were maintaining a close watch on the writing of their new Southern star on the horizon and thus some of Cash's writing in the Thirties no doubt caught eyes beyond just North Carolina bound hamlets.) Hemingway went on the following year to publish To Have and Have Not and then, in 1940, For Whom the Bell Tolls and The Old Man and the Sea in 1952. And so the "talent of high order" which Cash mentions by way of ending this "last rites" piece on a hopeful note ultimately did shine again. Physically ill at age 61, Hemingway claimed his own life in the early morning hours of July 2, 1961 in Ketchum, Idaho, twenty years and a half a day after Cash's death in Mexico City. If one visits the now ski-lodged town of Ketchum today, one sees scant evidence of Hemingway: only a little roadside bust beside a shallow brook--quiet and pastoral, at least until one makes a ford, brushes aside the embracing branches of the verdant trees enshrouding the little stream cum bust and peers into the great beyond--to the 18 holes and glossy condominiums on the nether part of the valley below.

One of the saddest things which has happened to American letters in recent times is the blow-up of Mr. Ernest Hemingway.

As all my dear little readers will remember, five years ago Mr. Hemingway was not only in the top flight of his writing countrymen, he was for no end of people the great white hope of American literature. College boys spoke of him in the same bated breath they ought to have reserved for God--and didn't. Stenographers sat up at night to read him, leaving date-hungry swains to go hang. The ladies clubs from Portland to Key West and back to Portland again gasped and gurgled and giggled over him--wept for the fate of Nurse what-was-her-name and the walk back to the hotel in the rain--were shocked and endlessly admiring. And with a few exceptions the critics from San Francisco to Bloomsbury and the Dome spent their days in cooking up new adjectives to describe his incomparable merit and to proclaim the great things he indubitably was going to do.

Nor was all this enthusiasm without basis in fact. Mr. Hemingway plainly did have merit. He could write--a clear bold, masculine prose, which was often magnificently eloquent. He had already produced two capital books, "The Sun Also Rises" and "A Farewell to Arms." He was still only thirty-five or so. [For some reason, the article here misstates Hemingway's age. He was born in 1899, a year before Cash, and would thus have been thirty or so five years earlier. Cash correctly states his age at the last of the article and so we are left to assume this misstatement came probably on the typesetter's grid.]

But alas, so far from writing the great American novel he was to write in these past five years, Mr. Hemingway has produced no novel at all, but only two tomes, one on the mysteries of bull fighting as they are practiced in Spain, and the other on the dull business of big game hunting in South Africa. And both are very bad books. They have some excellent reporting in them, to be sure. They are often finely graphic. But for the most, they are entirely unreadable. For both have a kind of preciousness in them--a kind of posturing falsity--that makes them amply grotesque.

It is a terrible come-down--that the man who was going to be the head and front of American writers in his time should end by writing books on trifling themes in a fashion that inevitably gives the reader the pip. Yet, I think it is far from being inexplicable. For when we turn back to examine Mr. Hemingway's career from the first, it is easy to see that he has always had in him elements of which the writing of books about bullfighters and big game hunting in his present appalling manner is only the normal and maybe predictable end-result.

Some critics have had it that the trouble with Mr. Hemingway is that he can't get over the urge to shock the Ladies Aid society of his native Oak Park, Illinois, with those quaint four-letter words our Saxon fathers used to make up out of their own forthright heads or out of the Latin. Mr. Hemingway plainly does like to shock, and it is an emotion which most of us who are not more than ten years younger than he share or have shared. But in Mr. Hemingway's case, as in many others, this desire to shock is only incidental to something much larger and more positive, I think.

That Oak Park in which he grew up is a community of what, under the American middle-class tradition, are called "nice people." Which is to say that it is a society completely dominated by a feminine, and so a conformist, convention. Its men are--and were--half woman and half rabbit. All the normal male instincts and aspirations, all the essential masculine qualities, are either completely suppressed or sublimated into channels marked out by the Ladies Aid society. Nobody in Oak Park dares to follow the ruling impulse of the he-creature to adventure, to play with dangerous and unorthodox ideas, to self-assertion and being the reckless hell of a blade: nobody when Hemingway was a lad ever dared utter one of those little onomotopeic words save in the sure seclusion of a locker room, and if they got at it later, it was only because the women decided it was smart and willy-nilly yanked off the lid: nobody dared do anything but be "nice," dutifully marry a nice girl, dutifully father a nice family, dutifully "succeed" in the daytime and dutifully play bridge in the night time.

But young Ernie was obviously a mightily masculine soul from the beginning. I think he must have suffered horribly. I think that already by the time he was six he must have attained to the unutterable resolution to show 'em--to grow up into a wort of combination of Frank Buck and Young Wild West and Big Time Sam, of Theodore Roosevelt as his __________ [unobservable word] and John L. Sullivan at his heartiest, yes, and of the great red kings of Ireland who used to bite off the noses of their enemies--to taste all the joys forbidden by the Oak Park code, and to establish himself as a blazing devil of a fellow.

Such a complex was all very fine when Mr. Hemingway was twenty. It got him off to the wars and the fancy houses in Italy--filled him up with all sorts of material for the writing of brilliantly colored yarns to make the stick-at-home ninnies sick with envy. But alas and alack, it failed to turn itself out in these wars and fancy houses--as it ought normally to have done. It got into his novels, and not to their gain. Mr. Hemingway's masculine characters, and particularly those masculine characters which are to be taken as representations of Mr. Hemingway himself, are not any actual males that ever existed or ever could exist; they are a Boy Scout's lurid dream of his manly future; they are so masculine that they hurt you--in the neck.

And so far from having disappeared with time, this arrested adolescence--this refusal to be merely as masculine as he rightfully is--this itch to show us Mr. Hemingway as the summation and peak, the distilled essence, of all masculinity from Pithecanthropus down--, has clearly been waxing more and more intense through the years. Which is why Mr. Hemingway must write us books about Mr. Hemingway, and bullfighting, and about Mr. Hemingway's heroic ventures with charging hippopatami.

Such is one explanation of Mr. Hemingway. But there is manifestly another which I must mention. I think that in that Oak Park of his boyhood, little Ernie must have taken great comfort to his trammeled and unhappy soul in the fact that though he kept his nice ladies in a perpetual chill as to what he was going to do and say next, they all had to admit, and did admit with a great deal of excited cackle, that he was an immensely clever lad. I think that already before he got out of Oak Park he must have been a confirmed poseur, not only of masculinity but of cleverness as well.

And thereafter--. And thereafter, as everyone knows, he went off, when the wars were over, to sit across the street from the Rotunda and sip cointreau in the company of the tarts and the poets from the Boule Miche--to sit there entirely so long in the company of other poseurs of cleverness--to meet nice old Gertie Stein and be told in her oracular way that he really was a clever, clever, clever, clever if you follow me lad a clever too clever ____ [unobservable word] indeed. With the result that his own clever pose went in-growing--and is still hard at it yet.

Mr. Hemingway would do well to remember that he is 36 years old now. And that he really does have a talent of high order.